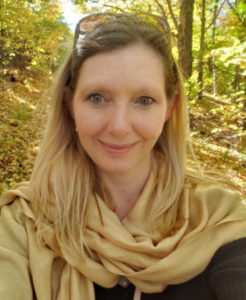 Sabrina Milano is a Human Resources professional with a decade of experience with both United States and Canadian based companies.  She moved to Vermont from New Hampshire, though she would call Seattle, Washington her home as she resided there for almost 20 years. A sports enthusiast, she is a fan of the Seattle Seahawks and moving to the east coast encouraged her love of hockey (Go Habs Go). Currently Sabrina is volunteering for the National Guard, through the Employer Support of the Guard and Reserve (ESGR), which informs and educates members of the Guard and Reserve about employment rights and responsibilities under USERRA.  Volunteers develop relationships with employers to promote advocacy for service in the Guard and Reserve.  Sabrina regularly attends Vermont Human Resource Associate meetings to continue her education in Human Resources. She’s been an active member of the Society for Human Resource Management (SHRM) since 2011. She is studying for her credentials to become a SHRM­-Senior Certified Professional after receiving a scholarship.  Sabrina planned and coordinated conferences, training and social events for groups from 10 to 600 attendees in Las Vegas, Seattle, Cancun, Georgia and California. She became a Disc Jockey for weddings and private events for a local family owned business in Seattle. She’s participated in professional networking opportunities to increase sales and revenue, which she truly enjoys. Her ability to network has become a positive and meaningful attribute of hers.  She has served on the board for Meeting Planners International, National Association for Catering and Events, Meeting Planners International and International Association of Administrative Professionals. Being an active and participating member, prepared her for personal advancement and growth. Without prior experience she learned how to raise donations for the United Way of King County. She led the volunteer committee, planned events and solicited donations, which ultimately exceeded yearly goals. 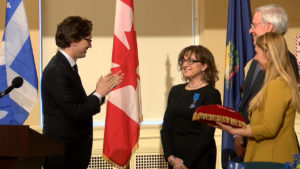 Lise is involved in many French initiatives in Burlington, Vermont and Internationally. Her main objective is to identify opportunities to promote French connections. She looks for people with like energy and enthusiasm and a modern sense of business with organizational and leadership skills that will help the AF and AFLCR’s planning. Lise has been with AFLCR since 2009. When not working on her volunteer projects, such as AFLCR, Lise enjoys overseeing Information & Technology and the Financial affairs of the Fire and Police Departments for the City of Burlington.  In March 2012, Lise was asked by then-Mayor, Bob Kiss, to Chair the newly created Burlington-Honfleur Sister City Committee. Honfleur is the port that Samuel de Champlain sailed from in 1609 aboard the Don de Dieu to discover the lake that today bears his name. Lise is proud to hold a seat and position on the Board of Directors of the Alliance Française of the Lake Champlain Region. She was recently named Mme le Chevalier and knighted by France’s Ordre national de la Légion du Mérite for her tremendous volunteer efforts over the course of her career.

After relocating to Vermont from Toronto in 1993 Joerg co-founded, and is the co-owner of, The Vermont Wine Merchants Company. Joerg works with restaurants and wine shops throughout the state on behalf of, among others, wines from France. This provides him with a daily exposure to a palate expression of French flavor, culture, and history. Having grown up in a transplanted European culture when he left Germany as a youngster, and then growing up in Canada, Joerg appreciates the richness of different cultures and the bridge to them that is represented by language learning. Academically, Joerg  also thoroughly enjoyed studying history and has both an undergraduate and graduate degree in history from the University of Guelph and University of Western Ontario, respectively. These provided a springboard to a pre-wine career in college book publishing at Prentice-Hall Canada and McGraw-Hill Ryerson. Joerg recognizes and appreciates that there are numerous elements tying Vermont’s past, present and future to the French heritage of Quebec and adjacent Canadian provinces. He hopes that his enthusiasm as a student of the Alliance’s French courses and his participation in Vermont’s hospitality and business community will be assets to the board. 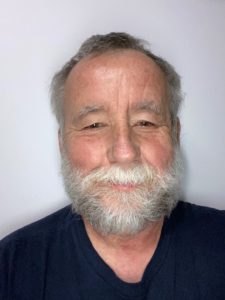 Dana Baron has been a member of AFLCR for many years and has taken many courses with the Alliançe.  He especially enjoys the courses devoted to literature. Dana’s love of French language and culture grows out of his Québecois heritage. His grandfather came to New Hampshire from Québec in the 1920’s seeking work in the mills. With this as a starting point, Dana began a genealogical journey that led back through time down the St. Lawrence River to Ile d’Orléan where the first Baron ancestor arrived from Normandy in the 1670’s. Wanting to continue the journey, he decided to learn to speak French so he could pick up the trail on the other side of the Atlantic. In 2009, he got the opportunity to do so. Though he found no new genealogical information, he still recalls the first time he knocked on a door and had to speak French to the woman who answered.  The AFLCR played a major role in building Dana’s dream of speaking French. He was active with AFLCR in the past, working on events and activities: the Burlington International Festival, the former annual Vergennes French Celebration, trips to Quebec, etc. Now he’s looking forward to giving more to the organization. A strong and healthy language school; fun and interesting activities; conversation groups; a strong sense of community built around a love of French language and culture: these are Dana’s dreams for a post-pandemic AFLCR and that is what he will work towards as a member of the AFLCR board.  After a career in IT, Dana retired in 2017 and recently moved from Essex to Shelburne with his wife Karen.