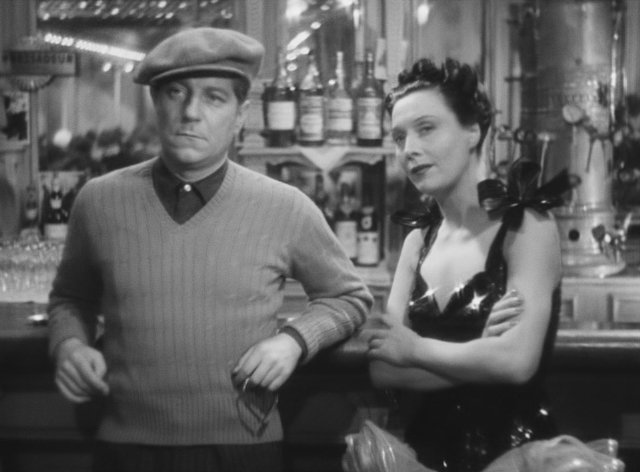 This paragon of “poetic realist” cinema from 1939 was the fourth collaboration between director Marcel Carné and screenwriter Jacques Prévert, who enjoyed one of the most illustrious partnerships in movie history. Le jour se lève begins with a jolt: An elegantly dressed gentleman, already dead from multiple gunshots, tumbles down a flight of stairs in a Paris tenement. As the police swarm the building, the man who pulled the trigger, François (Jean Gabin), barricades himself in his garret. Through puffs of countless cigarettes, François silently recalls what led to this violent act via flashback. Suffused with despair, Le jour se lève, released just a few months before France and the UK declared war on Germany, uncannily anticipates the unrelenting real-life misery to come.