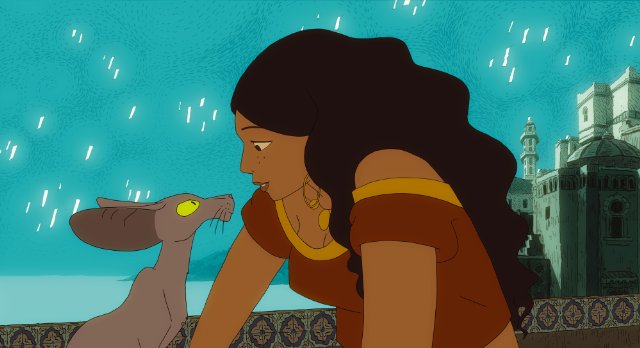 Based on co-director Joann Sfar’s popular comic-book series of the same name, The Rabbi’s Cat features a remarkable, if hairless and giant-eared, feline at its center. This wryly philosophical, beautifully drawn, meticulously detailed animated film takes place during the 1920s and ’30s in Algiers, where the kitty of the title is preparing for his bar mitzvah. Having previously devoured his master’s parrot, the cat now has the power of speech, which he uses, as a devout soul should, to constantly question and probe his faith.