The Alliance Française of the Lake Champlain Region held a candlelight vigil at 4:30pm on Saturday, November 14 in front of their Burlington space on 43 King St.

About 70 people attended amongst whom Mayor Miro Weinberger and his wife Stacey, and children, Scouts, Police officers, members of the Muslim community, chef Jean-Louis Gérin and his wife, singer Francesca Blanchard, translator Richard Gliech, flag bearer Tom Avenia, citizens from Québec and Canada, the directors of the Board, many members and supporters from the community, age 0 to 100. The street had been blocked and secured under the leadership of Lise Verroneau, board member of the Alliance Française and member of the Burlington Police Department.

The ceremony was held in a circle, everyone holding a candle. Vice-President of the Alliance Française, Adrienne Coléon-Gaskell opened the ceremony, Mayor Miro Weinberger held a speach highlighting the strong relationship between the American and the French people and his memories from the support of the French people during the 9/11 attacks. Victoria Brassart-Jones, president of the Alliance Française thanked in particular the representatives from the Muslim community for joining this group, as they are also strongly wounded by attacks made on false pretenses. Adrienne then opened a non-denominational powerful prayer, which was followed by silence in the memory of those who tragically died. All sung the French national anthem, La Marseillaise.

In association with the Burlington Honfleur Sister City Committee

We are very grateful for the support that we have received from the Burlington community. 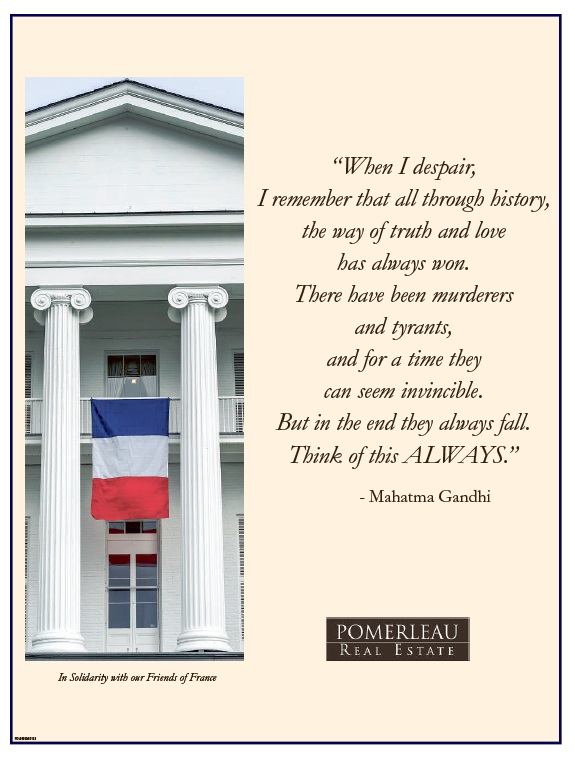 ECHO displayed the following lighting immediately following the news of the Attacks: 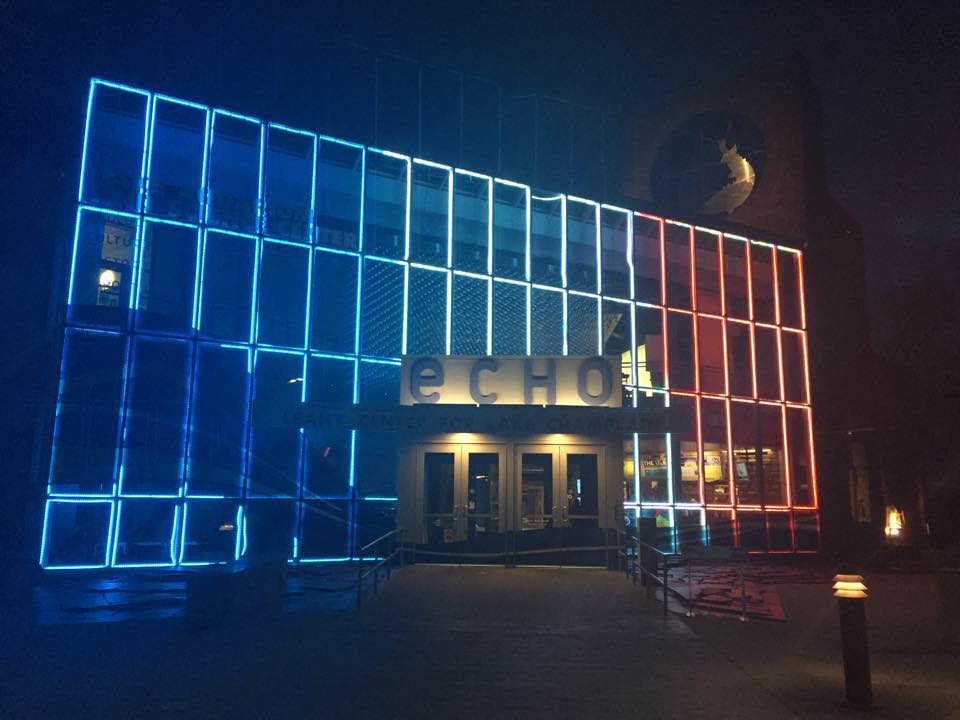 On Main Street, the fraternity Phi Gamma Delta at the corner of Main Street and South Willard displayed a dedicated sign in support of Paris: 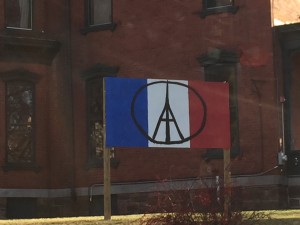 If you would like to inform us of any other from of support that we have missed, contact us